Posted at 06:17h in Typography by Denielle
‎”The sort of classical modernist line on how aware a reader should be of a typeface is that they shouldn’t be aware of it at all. It should be this crystal goblet there to just hold and display and organize the information. But I don’t think it’s really quite as simple as that. I think even if they’re not consciously aware of the typeface they’re reading, they’ll certainly be affected by it, the same way that an actor that’s miscast in a role will affect someone’s experience of a movie or play that they’re watching. They’ll still follow the plot, but, you know, be convinced or affected. I think typography is similar to that, where a designer choosing typefaces is essentially a casting director”
– Tobias Frere-Jones 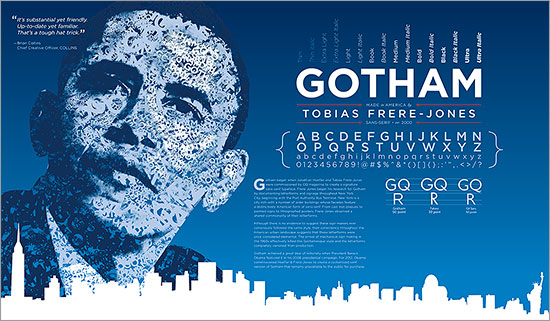