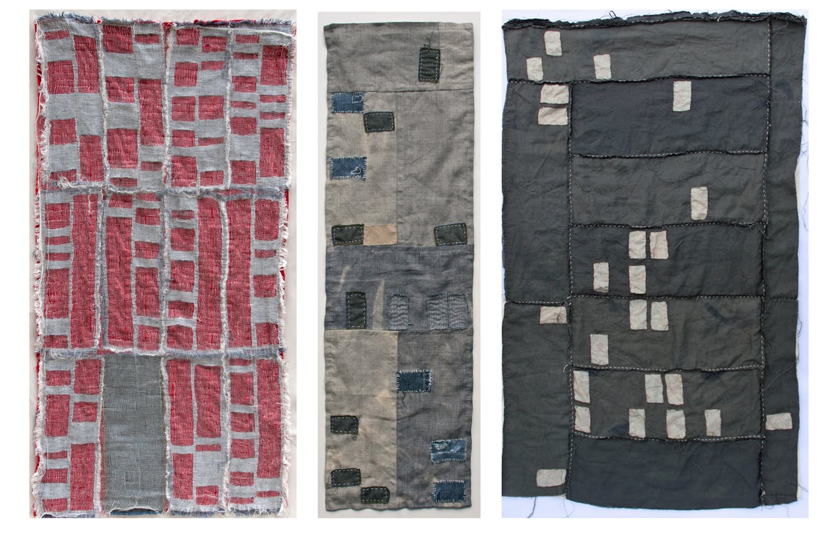 26 Sep Foreclosure Crisis in the U.S.

Posted at 07:55h in Thoughts on... Social Justice by Denielle

One of my dearest friends recently shared the following two projects on the topic of the foreclosure crisis in the United States. Each exposes the magnitude of the problem in tangible, meaningful ways that cannot go overlooked.

The Foreclosure Series by Kathryn Clark was created to both captivate people’s attention and make a memorable statement using quilts. The patterns for the quilts are based on neighborhood maps taken from RealtyTrac with the holes representing the homes foreclosed in the neighborhood blocks.

“Quilts act as a functional memory, an historical record of difficult times.  It is during times of hardship that people have traditionally made quilts, often resorting to scraps of cloth when so poor they could not afford to waste a single thread of fabric. … The lot locations are completely random and they yield an unexpected beauty when laid out on fabric. These torn holes question the protective nature of a quilt. The situation is so dire that even a quilt can’t provide the security one needs. The neighborhoods shown are not an anomaly; they are a recurring pattern seen from coast to coast, urban to suburban neighborhoods across the US. The problem has not been solved, it is still occurring, just changing shape, affecting more of us.”

Journalist Laura Gottesdiener examines the devastating legacy of the foreclosure crisis and the unhealthy relationship between large private equity firms and thousands of foreclosed homes. Her book, “A Dream Foreclosed: Black America and the Fight for a Place to Call Home” revolves around four families who have pushed back against foreclosures.

“The banks exploited a larger historical trajectory of discrimination in lending and in housing that has existed since the beginning of this country. The banks intentionally went into communities that had been redlined, which meant that the federal housing administration had made it a policy to not lend and not to guarantee any loans in minority neighborhoods all throughout most of the 20th century that didn’t supposedly end until well into the 1960s,” Gottesdiener says. “And they exploited that historical reality and pushed the worst of the worst loans in these communities that everyone knew were unpayable debts — that Wall Street knew.” (Democracy Now)