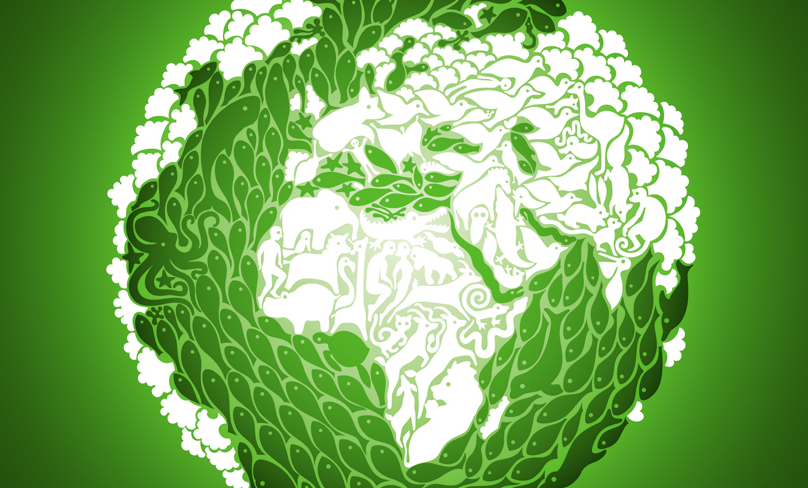 Posted at 20:21h in Social Justice by Denielle

I’m loving the ‘Biodiversity: Respect the Balance!’ poster by Pedro Teixeira (for the IIDA Awards 2010). The poster is composed of a visual mosaic of fish, mammals, and plants to illustrate the importance of balance in our global ecosystem.

“The starting point for the conception of this project was biodiversity and its importance to the well-being and balance of the planet. I intended to create a clear and appealing design that could illustrate and promote this concept in any part of the world. accordingly, I developed a design that reveals a world of biodiversity in which this is the fundamental matter of its existence and which, therefore, should be preserved, keeping its balance. from a visual perspective, this poster can be seen in two ways: on one hand, globally, in which we perceive the globe in its geography; on the other hand, from a perspective of detail in which we understand that it is constituted and constructed by a whole of great biodiversity.”