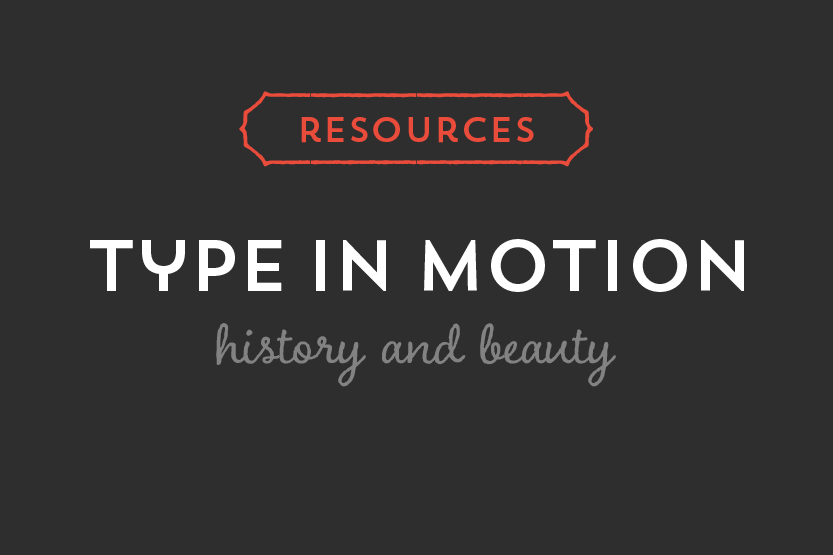 Posted at 23:59h in Resources by Denielle

From historic accounts to pure inspiration, typography is alive and well in the field of motion design.

My experimental typographic heart swoons over this uniquely rendered motion design project aimed at addressing the topic of pollution using only typography. Commas and exclamation marks pour down rain, trees and flowers grow from letterforms, and factories billow tilde’s into the sky.

Erik Spiekermann is one of the world’s best known designers and typographers. He is a co-founder of MetaDesign, one of the largest design agencies in Germany, and of the Fontshop, the first mail-order business for computer fonts.

“There are typographic gems hidden in today’s specimen books just waiting to be discovered. In the right hands, technical constraints turn into celebrations of simplicity, and awkward alphabets are typographic heroes for a day.”
– Erik Spiekermann

Linotype: The Film is a feature-length documentary centered around the Linotype type casting machine. Called the “Eighth Wonder of the World” by Thomas Edison, it revolutionized printing and society. The film tells the charming and emotional story of the people connected to the Linotype and how it impacted the world.

Check out the trailer:

The Linotype (pronounced “line-o-type”) completely transformed the communication of information similarly to how the internet is now changing communication again. Although these machines were revolutionary, technology began to supersede the Linotype and they were scrapped and melted-down by the thousands. Today, very few machines are still in existence.