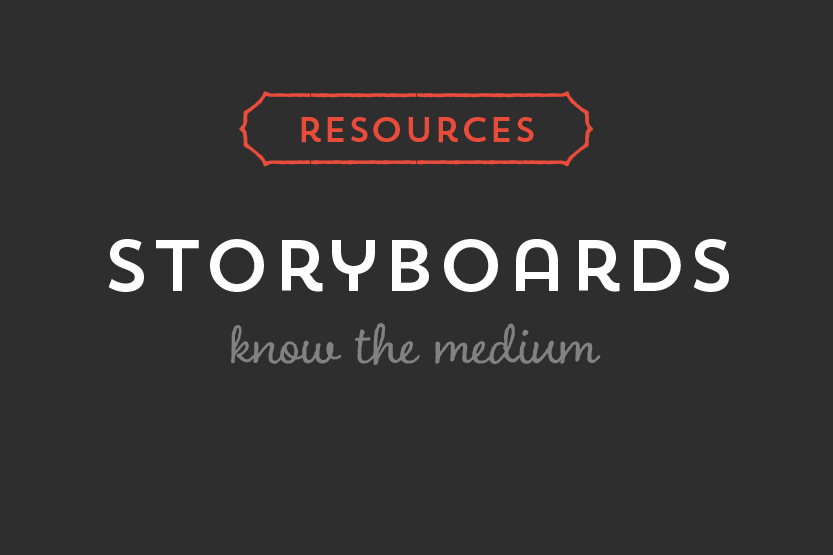 Posted at 13:26h in Resources by Denielle

Storyboards are organizational tools that help designers, videographers, editors, animators, producers and directors create a rough visual representation of a movie or video project. Storyboarding forces you to think through all of the logistics of your project.

The storyboard is a sheet of paper that breaks down the elements of a video production into what you see and what you hear. Not only do they help determine the flow of the plot, but also what camera angels you will use, what graphics you might need and where you might need sound effects. Like a comic strip, each block has a picture with an action and a line or two of dialog. You can draw pictures, type or handwrite a description of the action, and include appropriate typographic choices. For each action, your should write a script or summarize the action for your visuals within each box.

You should include sound effects (audio) in the lines below the box. It can be the spoken words of people on camera, the words of a narrator who is not on camera, or words that appear on the screen as typography. Sometimes it’s a combination of all three, it just depends on your idea.

Check out these excellent resources as you begin working on your own storyboards:

WATCH: The art of storyboarding with Ridley Scott

This tutorial is brought you by Beats Digging Ditches and is aimed at people who want to storyboard professionally. However, it also useful for beginning television and film-makers just wanting to know the basics. If this is you, then ignore all the parts about being able to draw. Crude stick figures will work just as well for hashing out your ideas pre-production. For you, the most important thing is to get the idea on paper.